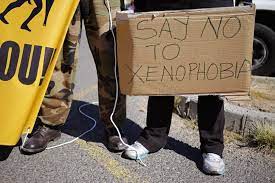 Azubuike Muodum, a Nigerian migrant living in Johannesburg, South Africa has not had his worst COVID-19 fears realized.

“When the [pandemic] started, I thought it was a disease that is going to kill everyone, more like an end-time plague,” Muodum told Sojourners in May.

Still, the last two years have had challenges. Muodum runs a small-scale restaurant in the central business district of Johannesburg, South Africa; he says the pandemic and subsequent lockdown created a “huge burden” for him and his restaurant. While countries like the United States begin returning to post-pandemic life, Muodum and others who emigrated to South Africa are facing the challenges of a still-spreading COVID-19.

In addition, non-locals like Muodum face xenophobia from the locals as they seek to survive in a foreign country. In September last year, amid the COVID-19 disruptions, thousands of South Africans marched across major streets and cities, calling for people who have emigrated from Nigeria and Zimbabwe to leave South Africa.

According to the International Organization for Migration, migrants worldwide are more vulnerable than others because of personal, social, situational, and structural factors. The IOM also says these vulnerabilities may be exacerbated in crisis situations like the pandemic.

While Muodum said he has never personally been a victim of xenophobic violence, he has seen mobs destroy property and attack people because of their nationality.

Polite Chitagu moved to South Africa as a migrant from her home country, Zimbabwe, in 2015. Since then, she has been living in the country with her two kids. She owns a convenience store in Hillbrow, a popular migrant community in Johannesburg.

After the South African government imposed a 21-day lockdown on March 26, 2020, Chiragu closed her shop. Chitagu said the store is her main source of income, and she is not yet recouped from the pandemic’s disruptions.

“We have all been affected and the problem is still here,” she said. “And we can’t go back to our country because people there are suffering economic hardship too and it’s becoming worse by the day.”

Chitagu said the lockdown was “the most difficult period for them,” as they were stuck in a one-room apartment and could only go out to buy groceries.

“… people were spending the little they earned before the lockdown,” she said. “Relief supplies were not available and the government’s intervention was in short supply.”

Keeping faith alive amid the pandemic

For Christians who have emigrated like Muodum and Chitagu, faith has been a source of hope throughout the pandemic. Muodum is a parishioner at St. John’s Catholic Church in North Riding, Johannesburg. Before the lockdown, Muodum attended Sunday and weekday services.

As COVID-19 cases increased, Muodum’s parish announced it was shutting its doors and beginning virtual services.

“Nobody could go to church because everywhere was closed, so we had to live indoors with our faith,” he said. “I [went] online to join [service] during prayers and also read my Bible with my family at home.”

In June 2020, South African President Cyril Ramaphosa, relaxed the lockdown and allowed places of worship in the country to reopen under strict conditions. For Muodum, the ability to attend physical communion services was a big relief.

The South African Catholic Bishops Conference said that services would be held with precautionary measures, limiting the number of worshippers to 50 people, and mandating face masks and social distancing.

Associations like the South African Council of Churches have been working with the government and other religious groups to raise awareness about the pandemic and how worshippers can keep safe while attending church.

Churches in the country have also been providing relief supplies and financial aid to Christians affected by the pandemic.

“We are called to support each other in time of need,” Rev. Wilfrid Napier, Metropolitan Archbishop of Durban, South Africa and head of the Inter-Religious Council told Sojourners. “[COVID-19] has affected not only our fellow Christians, but everyone around the world, and that is why we need to help during these difficult times.”

In April 2020, Napier and other Christian associations donated $74,000 for COVID-19 relief efforts.

“This is the time for sacrifice,” he said. “Anyone who is able to support should join hands in helping for the sake of humanity.”

While aggression has heightened in the pandemic, South Africa has a history of xenophobic attacks toward non-locals in South Africa — often aimed at those from Zimbabwe, Nigeria, Lesotho, or Malawi.

In 2008, locals attacked foreigners, killing more than 60 migrants, according to reports from Reuters. Hundreds were injured, and businesses and properties were either looted or destroyed.

Locals have accused non-native inhabitants of coming to their country to commit crimes or to take away locals’ jobs. South Africa’s last census, conducted in 2011, said there were 2.2 million foreigners living in the country. Anti-migrant xenophobic attacks have been reported in the coastal city of Durban in March of this year.

“It’s a shame that this was happening when people are still suffering the impact of the pandemic and lockdown on their lives and livelihood,” Muodum said. “Whenever [violence] starts happening, I pray it does not come to our side or affect our friends and fellow migrants here.”

During the latest attacks two months ago, church leaders and activists gathered in support of the victims and called on the government to take serious action to end xenophobic attacks on migrants and prosecute culprits.

Rev. Robert Munekani, the pastor at Holy Trinity Catholic Church, said that it was “always wrong” to tell others to “go back [to their own country].”

“We should always learn to live as one, as a community in Christ,” he told Sojourners. “Everyone needs to stand up and condemn this no matter your beliefs.”

There are also growing concerns over what is known as “medical xenophobia” — discrimination in healthcare access, especially among undocumented migrants.

Yemi Fobajo, a Nigerian migrant living in the Eastern Cape, said his wife was poorly treated in 2019 when she visited a local hospital in their area for the birth of their child.

“She was asked for her hospital card and registration, she provided them but she was left unattended for more than two hours until she launched a complaint,” he said. “The discrimination is glaring, especially when the services are based in the rural areas.”

When his wife was nearing the time for delivery, Fabajo said they went to another hospital that was “more acceptable and receptive.”

South Africa has logged over 2 million cases and 62,000 deaths. The country has fully vaccinated just under 480,000 people, less than one percent of the population. As the country moves toward vaccinating the general public, migrants like Muodum and Chitagu are concerned about xenophobia affecting their chances of receiving a shot.

“Everything is in God’s hands,” Muodum said. “There is nothing you can do without his protection, and I know this pandemic will also come to an end so that we all have our lives back like before.”

Patrick Egwu is a Nigerian freelance journalist currently based in Johannesburg, where he is an Open Society Foundation Fellow at the University of Witwatersrand. His works have been published by African Arguments, Ozy, National Catholic Reporter, Global Sisters Report and other platforms. 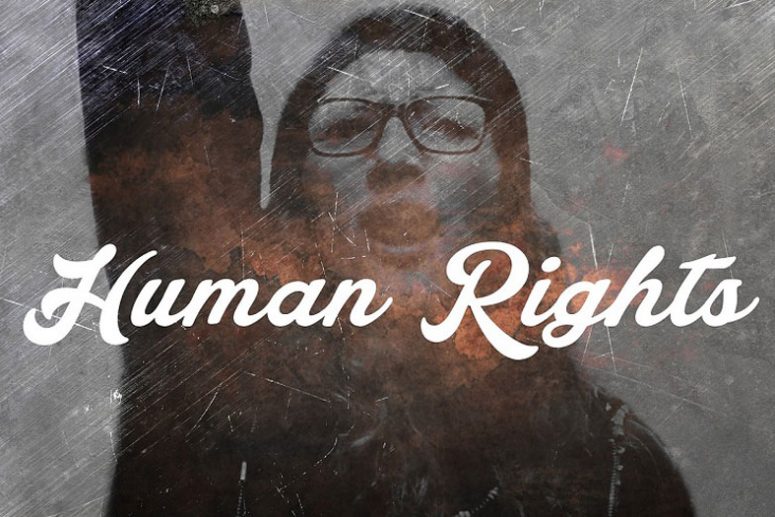 Five South African human rights organizations you should be knowledgeable of 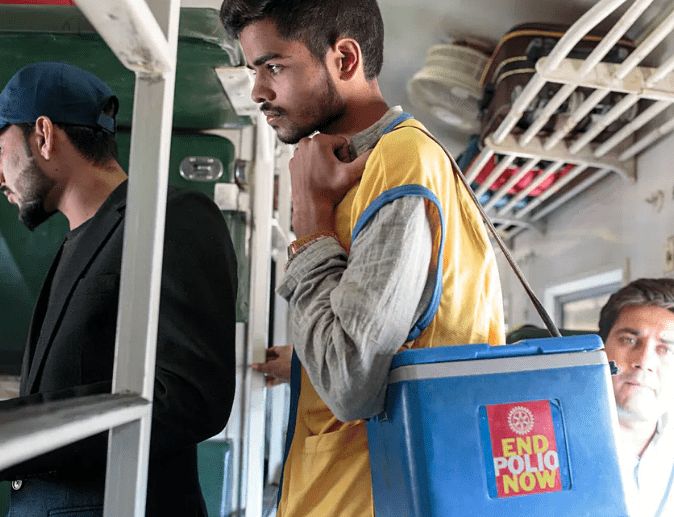 DELIVERING ON THE PROMISE OF A POLIO-FREE WORLD — FOR GOOD