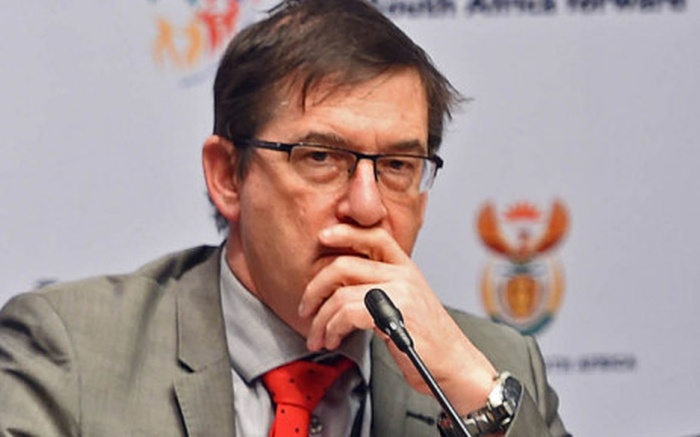 Freedom of Religion South Africa (FOR SA) requested (and was granted) an opportunity to meet with the Deputy Minister of Justice, John Jeffery, to discuss the religious community’s concerns regarding the PEPUDA Amendment Bill.

The virtual meeting, which took place yesterday, follows the unprecedented opposition from South Africa’s religious community to the highly contentious Bill which – if passed in its current form – will drastically infringe the religious freedom rights of people and organisations of all faiths.

It was a constructive and fruitful engagement during which FOR SA and various senior religious leaders, representing a cross-spectrum of denominations, churches and faidth groups, were able to relay to the deputy minister – with reference to faith-specific examples – their concerns regarding the bill, and how it will potentially impact their organisations and faith adherents.

In response to our submissions, the deputy minister stated that “it is not the intention of government to regulate or to interfere with religious institutions, what they believe and how they put it forward”, but that this was nonetheless something that the department could “look at making clearer” in the Bill. (In this regard, he referred to FOR SA’s previous interaction with the department in relation to the so-called Hate Speech Bill, which resulted in the inclusion of a religious exemption clause in the bill).

The deputy minister’s verbal assurance that government does not intend to interfere with the religious sphere certainly does bring a level of comfort. However, the reality is that unless this is specifically written into the Bill, it leaves the door wide open for the state (or activists pushing an anti-religion agenda) to target and enforce the Bill (once adopted) against persons and organisations of faith. Ultimately, the courts have to enforce and/or interpret the law as it is written, and it is therefore critically important that government clarify whatever their intentions are within the legislation itself.

In so far as the process and anticipated timeframe are concerned, the department indicated that they will now have to consider all the comments received on the bill, as well as make possible amendments to ensure the Bill is constitutional. In all likelihood, the Bill will only be tabled before Parliament next year. As an example, the Deputy Minister referred to the three gender-based violence bills that were “priority bills”, yet took six months before being passed by the National Assembly and which are only now before the National Council of Provinces (NCOP).

What transpired during the meeting
In addition to the FOR SA team, the meeting was joined by a number of senior religious leaders from across the faith-spectrum, who were invited to represent the concerns of the religious community, namely Imboni Dr uZwi-Lezwe Radebe (Founder and Chairman of Inkululeko Yesizwe Association); Apostle Gerome Mintoor (Spokesperson:  New Apostolic Churches of South Africa); Bishop Samuel Ndlovu (National Spokesperson:  Alliance of Pentecostal and Charismatic Churches in South Africa); Bishop Nathi Zondi (Presiding Bishop:  Truevine Family of Churches); Sheik Faizul Khamker (Senior Executive: Sunni Ulama Council Gauteng); and Sheik Yusuf Patel (Secretary-General: United Ulama Council of South Africa). On the Department’s side, the deputy minister was joined by various persons involved in the drafting of the bill and representatives of the minister of justice himself.

The meeting started out with a brief introduction by FOR SA’s executive director, Michael Swain, highlighting that the issues raised by the bill are societal and therefore political – hence the request to deal with this matter at this level and at this time. This was followed by a short presentation by FOR SA’s Adv Nadene Badenhorst on some of the legal aspects and the negative impact of the bill on other constitutional rights, including specifically the right to religious freedom (section 15) and freedom of expression (section 16). Thereafter, opportunity was given to each of the above leaders to raise their concerns regarding the bill and the impact thereof on their organisations and members.

In response, the deputy minister affirmed that government respects the rights in the Bill of Rights, including the section 15 right to religious freedom. Since this right is superior to any legislation, they will “look carefully” at the bill. Interestingly, he also stated that there is “complete freedom” for religious institutions to state their beliefs as long as it does not amount to violence. However, when it comes to how people live out their religious beliefs, they have to abide the law of the land. (FOR SA does not agree with this narrow interpretation of the right to religious freedom).

In conclusion, FOR SA appealed to the deputy minister to reconsider the bill in its entirety. We do not believe that in its current form it will pass constitutional muster and it is evidently not acceptable to a major sector of the faith community of South Africa. As an alternative to being scrapped in its entirety, we called for various clauses in the bill to be amended to bring it in line with the Constitution. In particular, we argued for the inclusion of a clause that specifically prohibits unfair discrimination on grounds of religion (similar to the existing prohibitions in PEPUDA on grounds of race and gender). This would serve to avoid the interpretation or application of the bill in a manner that destroys other constitutional rights, including religious freedom (s 15) and freedom of expression (s 16).